Hoshiarpur is a leading tourist destination in Punjab known for its diverse landscape and blooming industries. The city has developed over the period as a prominent location of this region. There is major influx of tourists and business travelers to this city. Hoshiarpur also serves as the hub of health care services for entire district. As such, people from nearby rural areas also visit the city for medical purposes. 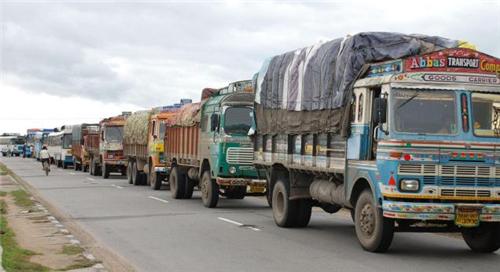 To facilitate all the varieties of travelers, Hoshiarpur is well versed with an organized and efficient transport system. This sub mountainous region earlier had challenges in the form of its numerous canals, rivers, and chos. But with construction of bridges and expansion of roads, road transport system has tremendously improved here too. While roadways help to scale the shorter distances, railways are significant to cover longer ones. Hoshiarpur has all these modes of transport available for the travelers as well as daily commuters residing in the whole district.

With regard to growing population of the city, road transportation at local level has been reinvented by district administration. There are well laid out roads within the city and outside it. For the convenience of local commuters, there are ample options including mini buses, auto rickshaws, taxis, and cycle rickshaws running within city limits. There is increasing number of private vehicles as well that causes congestion on roads.

While all other modes are plying only within the urban parts of city, mini buses of Hoshiarpur carry the passengers within the city and in the remote areas of this district. There are more than 30 private licensee transport companies working in Hoshiarpur. For the tourists, it gets difficult to fix the fare of these local transportation facilities. To make it convenient, fares are fixed for the buses. But in case of taxis and auto rickshaws, fare has to be decided in advance as they do not run on meter in Hoshiarpur.

Both for passengers and goods, road transport works as a lifeline. In industrial city and district Hoshiarpur, importance of roadways is simply unsurpassable. The city is well connected by roadways to adjoining cities of district as well as other major cities of Punjab and neighboring states. Hoshiarpur has its bus stand named as Bhagwan Valmiki Interstate Bus Terminal. This terminal caters to huge inflow of buses between Punjab, Delhi, Haryana, Himachal Pradesh, Chandigarh, Rajasthan, and Jammu and Kashmir. 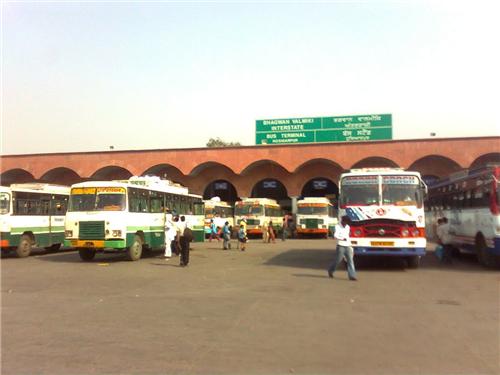 Apart from these public roadways buses, there are many local private operators running their services here. To serve the passengers in Hoshiarpur, Punjab Roadways is the only public transport agency while there are many private agencies. Hoshiarpur is one of the 18 depots maintained by this department. Total 83 buses of Punjab Roadways are operated in Hoshiarpur. These buses ply between all the key locations in the district.

Railways are the integral part of transport in any city. They connect it to the whole country and minimize long distances. Rail network in Hoshiarpur is considerable enough to facilitate better transportation to the city. There are three main railway lines passing through Hoshiarpur. The city is covered under Ferozpur division of northern railways with three railway stations located at Sham Chaurasi, Nasrala, and Hoshiarpur. 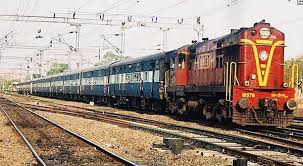 The three main branch lines passing through Hoshiarpur district are:

Jalandhar Hoshiarpur line:
This line was constructed in 1913-14 with a length of 15 km lying within the district. Hoshiarpur is the main terminus falling en route this branch line.

Jalandhar Pathankot line:
This section of Jalandhar division passes through the tehsils of Mukerian and Dasuya with its length of 35 km. This line was constructed partly before independence and partly after that. Tanda, Mukerian, and Dasuya are the main stations on this line.

Jalandhar Jaijon line:
Running through Garhshankar tehsil, this line ends in Jaijon. It is 26 km long and has 5 main stations including Garhshankar, Jaijon, and Saila Khurd falling on it.