Hoshiarpur is known as historical city of India which has witnessed many dynasties and their rule over it. Hoshiarpur is believed to be discovered during the period of 13th century. There are two stories popular for the founder of this city. Few legends said that Hoshiarpur was found by Hargobind and Ramchand, the Chiefs of Muhammad Bin Tughlak while other says that it was found by Hoshiar Khan who lived in Bajwara near Hoshiarpur. Perhaps, this region has been part of Indus Valley civilization which proves the human existence in this land since the Pleistocene period.

Hoshiarpur is well known for Bhrigu Samhita, a manuscript written with astrology of all human beings on earth. There is very interesting story behind the Bhrigu Samhita. 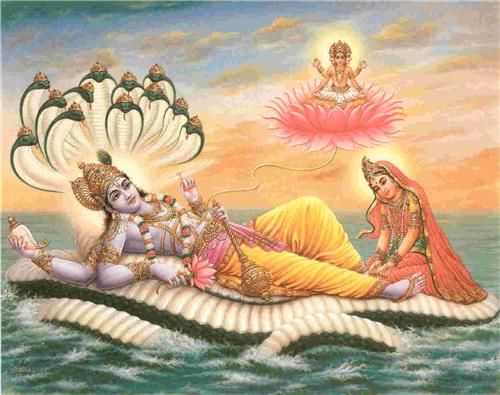 Once, Bhrigu Rishi went to Vaishnav Dham to see Lord Vishnu for some purpose. Lord Vishnu was sleeping on his sheshnag and his spouse Goddess Laxmi was sitting towards his feet.  But door keepers, Jay and Vijay did not allow Rishi inside. But he cursed them for insulting him by not giving permission for entry. After the scene, he had taken entry in Vaikunth Lok and saw Lord Vishnu sleeping. He was assumed that Lord Vishnu is also making fun of him; hence he kicked Lord Vishnu in chest. As Lord Vishnu was really sleeping, awaken by this action and instead of getting angry, Lord asked Rishi Bhrigu that he might have hurt his feet due to that kick. Then Bhrigu Rishi realized his mistake and begged an apology to Lord Vishnu.

But Goddess Laxmi who was sitting beside the Lord Vishnu got heated and cursed Sage that she will never come to his house or any defender of him. As Goddess Laxmi is the goddess of wealth and if she will not come to his house then it will be crunch time for sage and his successors. Therefore, to give livelihood to his inheritors, he decided to write Bhrigu Samhita, an astrological manuscript. Basically, Hoshiarpur is the historical place where ashram of Bhrigu rishi found. It is the place where he had written this auspicious manuscript.

Apart from this mythological significance, history of Hoshiarpur is divided into three parts: Ancient Period, Medieval Period, and British Period.

Hoshiarpur as a city developed in medieval history, but this area always had been the habitat of human being. Existence of human is not only from the period of Paleolithic but also some of the exploration proves that people used to live from the era of pre history and Proto historic time. Archeological survey team has found seven different sites near Hoshiarpur that proves its existence since Stone Age. The entire Shivalik range is said to be the prominent area of inhabitants which were found in the areas of Dholbaha, Atbarapur, Takhni and Rehmapur. 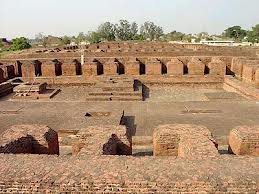 It is strong belief that Pandavas also visited this area during their exile. They had spend their expel time in the region of Bham in Hoshiarpur district which is 11 km away from Mahalpur. According to the Chinese traveler Heun Tsang, this region remained under the rule of Chandravanshi Rajputs for long period of time in ancient history. Even evidences are found that Rupnagar on the Satluj River to Talwara on Beas has been occupied by Soanian and Acheolian cultures. With such a diversity of region, it always remains under the scanner of Archeological Survey of India to find new discoveries of ancient times from time to time.

Antiquity of Hoshiarpur is revealed from the fact that it also witnessed Harappan and Mohenjodaro era. The recent excavation of ground surface at 25 sites near Hoshiarpur exposed this significance of the district. With the further excavation of this region, it is found that from C-800 to 1100 AD this region remained under the rule of Gurjara Pratihara.

In 1088 AD, this region came under the rule of Muhammadan with the fall of Jalandhar. Sultan Muhammad Ghori dominated the region of Hoshiarpur along with Ghuram, Hansi, Samana, and Sarusti till 1192 AD.

It was the period of some serious rebellion in this region. The areas under reign of Mahtons were captured by Rajputs and Abu Bakar’s sovereignty was also shattered at Samana. Prince Nasir-ud-Din Muhammad captured the throne of Samana but he was defeated while moving towards Delhi in 1389. In 1419 AD, once again, conflicts were emerged in these areas through invasions by Taimur and Sarang Khan. Till 1501 AD, Bajwara of Hoshiarpur continued to be the center of local administration for Bahlol Lodhi and situation remained quite peaceful before the advent of Mughals in this region.  Between 1525 and 1530, Babar invaded this area and captured major portions near Bajwara, Sirhind, and Sunam. Later, Humayun also sent troops under Bairam Khan to Hariana in Hoshiarpur district from where they marched to Jalandhar. 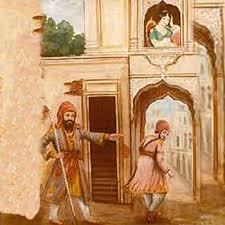 After that, came the era that marked the fall of Mughals and rise of Sikh gurus in this district. Sixth Sikh Guru Hargobind recruited a major chunk of his army at Mukerian of Hoshiarpur district. These soldiers helped him greatly to win the battles against Mughals. The significance of this district in establishment and flourishing of Sikhism continued to be so for years. In 1707, Punjab was divided into 6 doabs out of which Hoshiarpur district had many important towns. After this many rulers came and ruled over the different parts of this district. This continued to be so till the arrival and establishment of British regime here.

Role of the British Era in History of Hoshiarpur

In 1846 AD, the end of first Anglo Sikh war marked the establishment of British rule in Hoshiarpur district. Even, after the second Anglo Sikh war, most of the rulers surrendered to British forces and this area too came under their regime. The great revolt of 1857 had no significant impact upon Hoshiarpur district though discontentment began to surface in the people of this district as well. In 1917, District Congress Committee was formed in Hoshiarpur and this area gave its full fledged support to the freedom movements initiated by Gandhi ji. 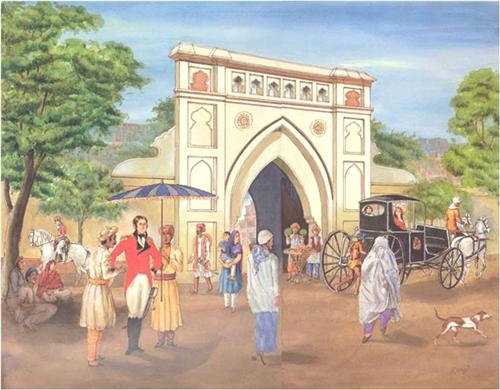 Many movements like Non Cooperation movement and Babbar Akali movement were taken up seriously in this district to uproot the British forces. Many other significant events took place in Hoshiarpur which included organizing of Swadeshi bazaars in 1930, Doaba Political Conference in 1930, and Gandhi Day in the same year. Till the independence of India, this district continued to remain under British rule only.