The vivacity of Punjabi culture is beautifully reflected in its people, languages, dance, music, fairs, and festivals. The entire region of Punjab dates back to vedic era and hence, its traditions are also age old. These traditions are uniformly experiences all through the state with certain variations caused by their specific region. In Hoshiarpur, one can experience the typical Punjabi culture in conjunction with Doaba culture.

Hoshiarpur falls in the belt of Doaba region of Punjab. This is the area that falls between the two rivers, Sutlej and Beas. This fertile land has its distinct topography and vivacious lifestyle rich with dance, music, and delicious cuisine.

Culture of a land is known by its people. Hoshiarpur has a large number of Punjabis who constitute nearly 90% of its total population. These Punjabis are the residents of this region since the historic times. They have played significant part all through the ancient history of this land as well as in the freedom movement of country. The people of Hoshiarpur are full of life and their lifestyle represents the multi ethnic heritage of this region. Being a fertile land, Bist Doab region is has agriculture as its prime occupation. There are many fine arts that are associated with region of Hoshiarpur. 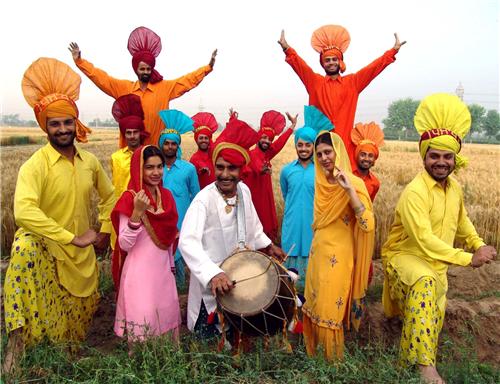 Its people have a rich taste for fine handicrafts and architecture that is superbly reflected in its culture. Colorful attires that adorn men and women of Hoshiarpur comprise of Kurta and pyjama for the males while Punjabi salwar kameez is the cultural dress of females. With development of modern culture, though, these attires too have been adapted in their contemporary avatars. Western dresses are also now widely accepted by the people of Hoshiarpur for their daily wearing, though the cultural attires are still evidently dominant in rural areas.

The principal language of entire Doaba region is Punjabi. Doabi is the dialect of this local Punjabi language. Punjabi is also the official language of Hoshiarpur. The typical Doabi Punjabi language has sub dialects like Manjki and Dona. With the rise of tourism and growing interests of NRIs in this region, English is also entering in the mainstream language and culture of Hoshiarpur. Many people are getting diverted to English, especially in urban areas. The people residing in rural areas still use Punjabi extensively as their prime language.

Dance and Music in Hoshiarpur

Entire Punjab has a rich repertoire of dance to celebrate every occasion of life. The dances of Punjab exhibit its lively spirits in true colors. They are enchanting and full of energy. So is the culture of dance and music in Doaba region as well. Hoshiarpur covers a major part and is a prominent city of this region. It shares the fervor for dances with whole regional belt. Giddha is the most popular folk dance of women in Hoshiarpur. They celebrate every occasion with great zeal of this beautiful dance form. Like the rest of Punjab, Bhangra is the traditional dance form for the men of Hoshiarpur.

Along with its dances, this region is equally rich in music also. It has the famous Sham Chaurasia gharana of Hindustani Classical music. This gharana of music originates from the village Sham Chaurasi of Hoshiarpur district. Their music is popularly known for the vocal duets beautifully rendered by the folk artists from Hoshiarpur. This region also has a unique style of folk singing. This traditional folk music is called Dohay and it is usually sung by the men while working in their fields. The exact style of rendition and its origin has to be traced by studying this music form closely. 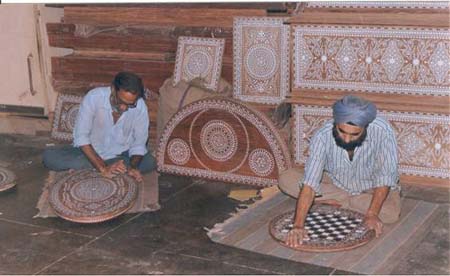 Show pieces, furniture, photo frames, and other items are created from inlay of ivory which is now replaced with white plastic material after ban imposed on use of ivory.

Hoshiarpur is a happening city that celebrates many zealous fairs and festivals. It has many famous shrines at which fairs are held at different parts of year to commemorate the famous saints of Punjab. Along with these fairs, there are festivals like Lohri, Baisakhi or the harvest festival of Punjab, Holla Mohalla, Holi, Diwali, Basant Kite Festival, Teeyan, and Dussehra. 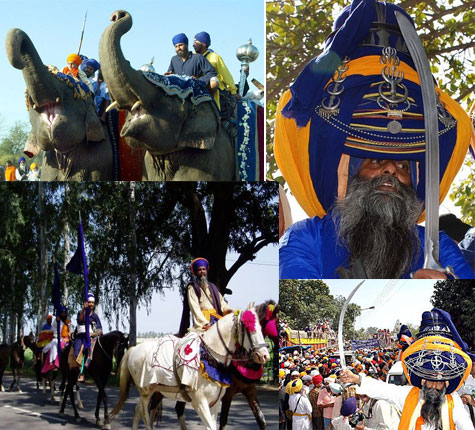 All these festivals are celebrated by the people of Hoshiarpur in traditional manner. They represent the cultural roots and values of this historical and happening city.