Hoshiarpur is popular as chanchadhari city as it is positioned between the River Sutlej and River Vyas. It is an ancient town of Punjab having its existence since 4th century. Hoshiarpur was occupied by Maharaja Karanvir Singh during 19th century and it was later amalgamated into greater state of Punjab. 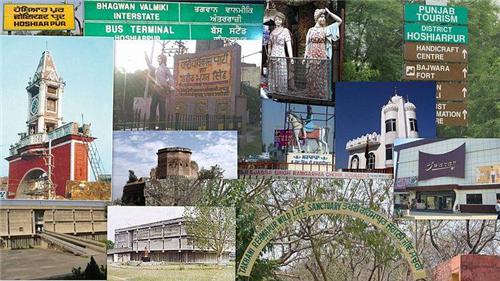 The origin of its name relates to two theories out of which one states that it was founded by the diwans Har Govind and Ram Chand, of Muhammad Bin Tughlaq, during period of 1325-1351. Another theory states that it was established by Hoshiar Singh who lived in Bajwara village of Hoshiarpur during the same time period and after him, this city was named.

At an elevation of 296 m above the sea level, Hoshiarpur falls in the north eastern side of state. With around 39 choes, it is aptly called the land of choes as well. It is a part of Jalandhar revenue division and is the doorway to Himalayas offering shortest route to Jammu And Kashmir State.

History of Hoshiarpur region is way back from the Indus Valley Civilization. Legends said that Pandavas spent their exile period in this area itself. Significance of Hoshiarpur lies in the mythology as its evidence is found in the form of Bhrigu Samhita. Bhrigu Rishi had written Bhrigu samhita at this place. It is the inscription in which birth and death of all people is mentioned. Till now, it possesses the significance as complete Janma Kundali. 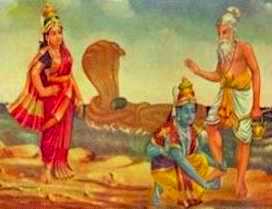 Coming out of mythological era, the archeological survey team found that whole region of this area which include Hoshiarpur has been known for human existence since historic and proto historic era. During the excavation of Rehmapur, Atbarapur, and Takhni, the area under the Hoshiarpur district, stone artifacts of Stone Age have been found. This is the outstanding discovery in the region and Archeological survey of India excavation sites has revealed that Hoshiarpur had existence during Harappa period.

Hoshiarpur is situated at the elevated height of 296 meters i.e. 971 feet from the sea level. It is placed in foot hills of Shivalik ranges which are the part of Himalayan ranges. The exact position of Hoshiarpur is 31.53oN and 75oE. Hoshiarpur is located in the northeastern direction of Punjab which shares boundaries with Himachal Pradesh in east while other periphery is shared by own state districts Jalandhar and Kapurthala. 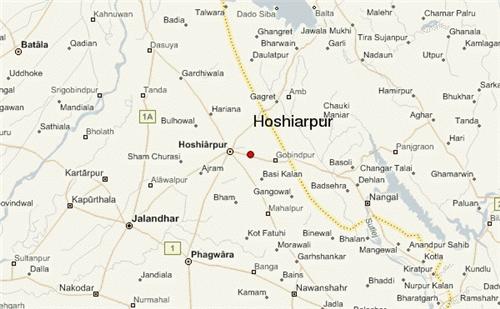 Hoshiarpur receives typical climatic conditions which can be divided into three major parts. Summer, monsoon, and winters are the prominent season that hits every year in this region. Summers begins from April month and continues till the June when rain showers are regular in this area. July to September is period for medium to heavy showers in this region. From October to March it is the time of winter season in Hoshiarpur. December and January are the coldest while May and June are the hottest months in Hoshiarpur. It receives appropriate rainfall in rainy season while some heavy showers are expected in winter season as well due to occasional storms.

It is an ancient city, found with flurry of tourist spots which have significant values. As one of the prominent cities in northern India, it has many splendid attractions which draw tourists from across the country. Since its existence proves from the Stone Age, it is crucial place for historians and curative people. Its tourism also include the magnificent monuments, religious shrines, Gurdwaras, mosques, water bodies, parks, and other such distinct places of attractions. Due to its significant historical back ground, Hoshiarpur has been the prominent place to visit for tourists since ages. 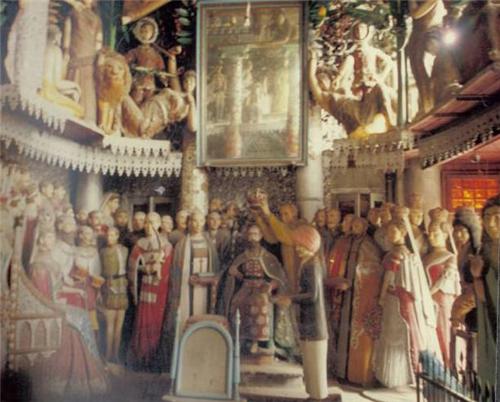 The leading places of attractions are:

Economy and Industry in Hoshiarpur 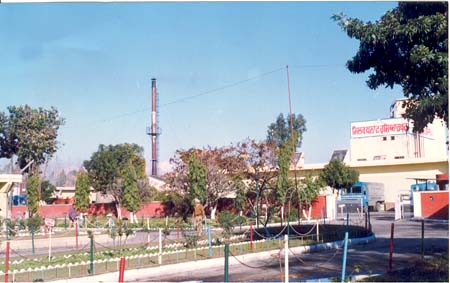 Hoshiarpur is also has some of Industrial centric areas which have many processing units in its region. There are many small and large scale industries established in the city. There is a wide range of industries such as steel wire, filament yarn; pressure cooker, tractors, cotton thread, sugar plant, and etc are incepted in the area of Hoshiarpur. It possesses one of the best industries in this region which includes:

Art and Entertainment in Hoshiarpur 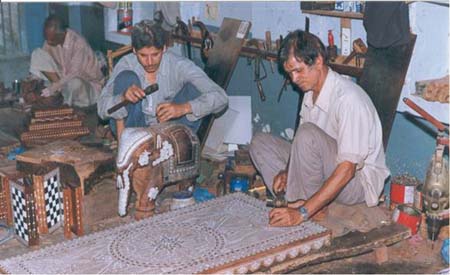 Ivory Art is the identity of Hoshiarpur. It is said that fine work of ivory on wooden surface started in this region way back from 300 years. Since that time natives are involved in this superb art form which always mesmerizes the onlookers. They manufacture different types of household, furniture, utilities, show pieces, and other such items fantastically maneuvered with ivory on them. This art is sprawling in the region from generations and now due to ban on ivory, they are using plastic material for designing.

In Entertainment, people of Hoshiarpur are well versed with shopping malls, cinema halls, multiplexes, markets, and other such sources. There are also some picnic spots and historical monuments which provides good entertainment to them. Alongside young people can visit pubs and discotheques to enjoy the stay at Hoshiarpur.

People and Culture of Hoshiarpur

Major composite of Jat community is found in the city of Hoshiarpur. Though there are many migrants from other state and villages in the city for livelihood, maximum numbers of occupants in Hoshiarpur is from Heer Gotra of Jat which are renowned as Jatt in Punjab. There is much influence of Punjabi culture in the fairs and festivals of town. Hoshiarpur has produced many renowned personalities who are now well known celebrity and popular in their field. Personalities including Simran Kaur Mundi, Honey Singh, Monica Bedi, Piara Singh Gill, Amar Singh Shaunki, Dr. D P Singh, are some of the very famous persons who were either born or brought up in Hoshiarpur.

Punjabi is the prime language of Hoshiarpur. Hindi language is also understood in this area and people coming in for travel can comfortably communicate in Hindi language. Here, the daily lifestyle of the people is quite simple. Ladies wear Punjabi suits mainly while men wear Kurta Paijama. Guru Nanak Jayanti, Baisakhi, and Lohri are the main festivals of Hoshiarpur which are celebrated with lot of enthusiasm and zeal in this city.

Hoshiarpur is situated in the north-eastern part of Punjab. It is situated 40 km away from Jalandhar which is main route connecting Delhi and Jammu. Though, Hoshiarpur possesses its own railway station, most of the major trains are available from Jalandhar city. Except one or two express trains, there are many local DMU and passenger trains from Hoshiarpur to other major cities of Punjab on regular interval. 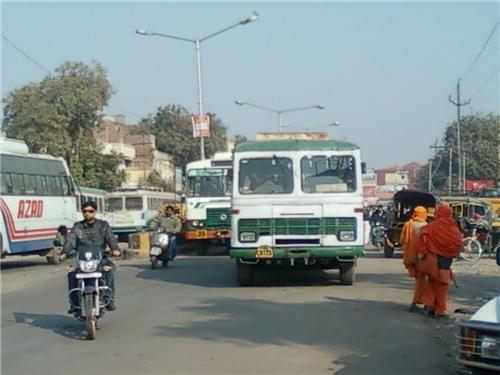 Hoshiarpur is effortlessly approachable from any part of India through the wide network of national highways and state highways. Hoshiarpur is situated on National Highway 70 which gives superb connectivity with Jalandhar and other vital cities of Punjab and neighboring states. Its nearest airport is located at Amritsar which is positioned 110 km away from this city. 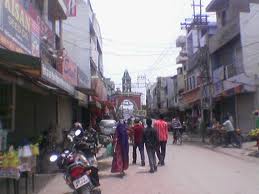 Hoshiarpur being the main city in district, many people in and around the city come here for essential commodities. It has specialized market for each kind of item useful in household. Hoshiarpur is famous for furniture decorated with fine art of ivory. People arriving for tourism must take these furnishing items with them as a remembrance. Alongside, it is also renowned for local handicrafts which are produced in interiors of Hoshiarpur region.

Demographics and Facts about Hoshiarpur

Popularly known as the saint city, it is the administrative head quarter of this region. There are many people of all caste and creed living together in Hoshiarpur with harmony. It is ranked thirty first in India calculating in terms of population of this district. The population composition of Hoshiarpur is quite balanced in terms of caste and distributed somewhat in equal amount of people.